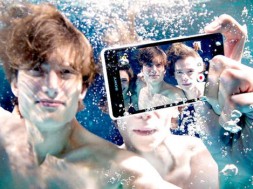 Xperia’s premium design focuses on the details to give you superior experiences, every time. Capture colours more vividly, film with rock-steady control, and replay the moment in super-real quality. Lose yourself in the beat with crystal clear sound. Feel the thrill of the game.

For those who are looking at purchasing a good, advanced smartphone, finding one that has all the features you want at a low, affordable price can be difficult. Companies like Apple for example have pushed the envelope when it comes to creating new smartphones with a plethora of features. However, this push towards more sophistication has led to the creation of a new market that seeks a more affordable alternative.

Of the many different companies in the smartphone business, Sony has stood out over the past few years by offering a very popular design, theSony Xperia series.

What is the Sony Xperia?

Launched in 2008, the Sony Xperia is a line of smartphones that features high resolution displays. The Xperia was designed to fill the gap between high-end smartphones and low priced ones. In essence, the Xperia is a high quality smartphone for a lower, more affordable price. As the years went by, Sony continued to improve the Xperia models and launched the tablet version in 2012.

Today, there are a myriad of Xperia phones and tablets which offer plenty of features, high quality resolution screens and low, affordable prices. The Sony Xperia price in India for example is quite low and makes the perfect solution for those who want good quality in an affordable package. Of the current line of smartphones from Sony, the ultra line has stood out for its high quality, amazing features and brilliant screen. The Sony Xperia T2 Ultra and Sony Xperia T3 Ultra are certainly remarkable devices.

This model certainly made an impact when it came out. Called a “phablet” due to its large 6″ IPS display of 720p resolution, this unit is powered by the Snapdragon 400 chipset and includes four Cortex A7 cores. The camera for this smartphone is particularly nice as well with 13MP Exmor RS sensor and a nifty LED flash unit, too.
It has certainly made a powerful impression, particularly with the 1080p video recording ability. Other than its sheer size which is a given with this unit, it’s not quite a slim as its Z Ultra counterpart and is also not waterproof or dust proof. Still, this is a very powerful smartphone to say the least complete with a very affordable price as well.

The recently released T3 Ultra seeks to be a smaller, more affordable smartphone compared to its T2 counterpart by offering the latest features in a somewhat more compressed package. The display has been reduced to 5.3″ which is still quite large and the storage capacity is 8GB with 1GB of RAM. The T3 Ultra still retains the 1.4GHz quad-core and Snapdragon chips, but offers an 8MP camera instead of the 13MP one on the T2.

Still, this version of the Sony Xperia T3 is still quite remarkable, offering plenty of great features in a package that is more affordable. This means that those looking for new smartphone have two great choices between the T2 Ultra and T3 Ultra by Sony that offers remarkable performance while keeping down the price.

26.55K
previous Lenovo Laptops - The Best In The Business
next Smartphones And The Next Generation