Home Tech Tech Gadgets That Should Be Wireless Other Than the iPhone 7
Tech
April 10, 2017
RandomTalkTeam 0

Tech Gadgets That Should Be Wireless Other Than the iPhone 7 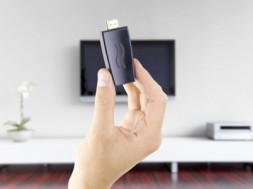 Tech Gadgets That Should Be Wireless Other Than the iPhone 7

With the wireless revolution in mind, here are some of the tech devices that also deserve a wireless treatment, not just for the sake of making your iPhone 7 experience more streamlined, but to further advance the wireless experience agenda and finally go all out wireless in all the gadgets that we possibly could for our convenience.

Wireless Charging of Laptops and PCs

If its smaller counterpart which is the smartphones are able to do it, how much more can the laptops and desktop computers? Standard computers have a size that tech innovation could easily exploit. So, there’s really no reason why it shouldn’t happen sometime soon.

What would be really ground breaking though is if they make the wireless charging functional even at a distance, much like how the Bluetooth speakers and headsets work.

External hard disk drives have been one of the arsenals to combat insufficient storage space on your laptops or desktops. Most especially to those who run around with Macbooks or Ultrabooks which only carries a limited amount of storage space, not enough to bring an entire movie collection with you. Though external hard drives have remedied most of our storage space struggles efficiently, what better way to make the experience a lot better than to have it done wirelessly.

My Passport Wireless is a next step in the evolution of the external hard drives that we use today. From the name itself, it can sync, transfer, and have your computer read files from it with no strings attached – literally. This state of the art external hard drives utilizes the latest wireless technological mediums which are called the Wireless N and MIMO technology.

To put things simpler, Wireless N is the next generation wireless networking standards that are utilized by WiFi routers. It’s basically the technology that picks up wireless signals from WiFi routers. However, Wireless N is just much faster in terms of transfer speed. On the other hand, the MIMO technology stands for Multiple Input, Multiple outputs. It is basically an antenna that allows the device to be a transmitter and the receiver of the data transmitted wirelessly. This technology made it possible for the My Passport Wireless to become not just a wireless storage device, but also a Wi-Fi Hub.

The My Passport Wireless is a bit bulkier than the traditional external hard disk because it has a 3,400mAh battery on board. On top of that, it has a microSD slot and a USB 3.0 port for those who still prefers to have it done with a cord.

Watching a movie from a smartphone or a laptop has already integrated wireless technology into the experience for quite some time now. With that in mind, it’s about time that we also get our hands on a Wireless HDMI. This is basically the replacement of the HDMI cord that we commonly use today for our DVRs, Blue Ray players, or gaming console. This technology comes in a form of an adapter, which you can simply plug into the HDMI port of the device where you want to have your display projected. That adapter will then transmit a signal to capable wireless devices such as your smartphone, DVR, laptop, and the likes. Simply sync with it and you’re good to go.

Unfortunately, Wireless HDMIs hasn’t reached the mainstream market yet for reasons mostly revolving around incompatibility. However, once it’s fully developed to fully cater the mainstream market, there’s really no reason why you should hold back from getting this. Not only will it untangle you from the necessity of using a cable, but the range of your source device will be a minor factor from then on you’re your BlueRay player is in the next room, that wouldn’t be a problem anymore.

We now live in an era of wireless communication. Whether it is communication between two people talking or an electronic device functioning together with another. There’s no other way for us to move towards further innovation but to go wireless. And, with the release of the iPhone 7, that feat has just been reinforced with the introduction of a jack-free audio experience. Now, with the iPhone 7’s wireless everything policy, the more reason there is for its users to should lead the wireless revolution into a full reveal.