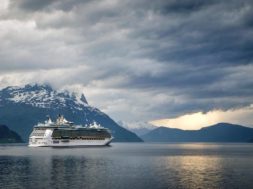 If you like to get away during the winter months, but you’ve perhaps grown weary of the Caribbean or Mexico, there is a new cruise option on the horizon for you to consider. Cruising in Europe and the Mediterranean during the non-traditional time frame of December through April isn’t on most traveler’s radar, however this destination – at an atypical time of year – has been slowly gaining in popularity.

Airfares to Europe are considerably lower during the wintertime. It isn’t unusual to see consolidator or promotional roundtrip airfares of $300 to $500 per person

Should you be interested in extending a cruise, hotels and restaurants will be hungry for customers, resulting in lower prices (which is especially important given the poor exchange rates as a result of the strength of the Euro versus the US Dollar.)

These cruises do not sell as quickly, so pricing will be more advantageous. As with summer cruises to Europe, you are paying in US Dollars rather than Euros. As a result, you will find that your vacation dollar goes a lot further.

Avoiding the summer heat of Europe isn’t such a bad thing.

Traveling at this time of year, you will avoid the crowds which are an inherent part of European travel during peak season. Lines for museums, restaurants and high traffic tourist destinations will be short or nonexistent. (Of course, you must keep in mind that certain outdoor-oriented places may not be open during winter months.)

You will get an entirely different perspective on the regions and people you meet once the tourist season is over, as life gets back to normal.

You may prefer to travel when there aren’t a lot of kids and families around.

Perhaps the least appealing aspect of traveling during this time of year is the weather. January’s average temperatures for the main cities of central Europe (Paris, Berlin, Amsterdam, Munich, Budapest) range from the ’30s through the ’50s. Overcast skies are common and rain or snow are to be expected.

Temperatures range in the southern Mediterranean locations from the upper 60’s to low 50’s at night – certainly comfortable enough to avoid any type of heavy coat.

Beginning in the winter of 2009 Royal Caribbean International will offer a series of 10 and 11-night winter cruises in the southern Med, Egypt, Canary Islands, Greece and Morocco as a test. Pricing is quite competitive relative to summer rates, and temperatures in these locations are considerably more temperate.

If these test cruises prove to be successful, you can expect other cruise lines to follow suit.

Most of the river cruise lines of Europe – Peter Deilmann, Amadeus Waterways, Viking River Cruises, Uniworld – offer a series of 7 to 14-night winter cruises through New Years along the Danube, Rhine and Rhone rivers in Germany, Austria, France, the Netherlands, and the Czech Republic. These are great shopping forays, as well as the most relaxing way to visit some of the more intimate and wonderful small towns throughout Europe. Christmas season in Europe is an enchanting experience.

As interest in travel has grown over the last several years and prices have drifted up accordingly, sometimes it requires that the more adventurous travelers among us truly think outside of the box – or in this case outside of the traditional dates of European travel. Regardless, traveling during winter months will offer a unique perspective on Europe which most never get to experience.