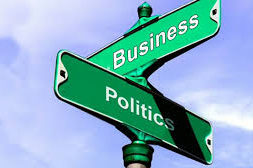 Right now, when visiting any social networking sites, it is inevitable that you will find a debate about the election or the bailout. Everybody has an opinion, whether it’s the right opinion or not doesn’t matter. What does matter is how you handle yourself when doing these debates and how it portrays you and your business. It’s okay to have an opinion and I am all for freedom of speech and voicing one’s opinion but you have to watch how you approach the subject.

Don’t Read It-If you belong to a social networking site and one of the topics is politics and you are not interested then don’t waste time reading it. If you open a topic that plainly says it’s about politics and you post that you think it’s disgraceful that they would even discuss this on a public forum, you will lose respect because nobody made you open it. You are your own person and you choose your own actions.

Keep It Civil– Politics and religion are extremely hot topics, especially right now. If you feel the need to voice your opinion about those subjects, do it. However, be polite-no name-calling, swearing, screaming etc. Yes, it is possible to scream in text. Don’t attack. When I say attack, I mean don’t criticize their spelling, their grammar or their lack of paragraph spacing.

Listen– Voice your opinion but also listen to what your debater has to say. Don’t just say it’s my way or the highway. You’d be surprised, most people do have value to add to the debate.

Walk Away-If you can feel your blood pressure rising and your anger meter going up, walk away. It does wonders for your respect and credibility when you walk away.

Don’t Let Antagonists Get The Best Of You– One of the issues you may deal with when walking away is you will get people emailing, sending PMs etc telling you additional details of the debate since you walked away. Many times, they do this because they live for the drama that these debates create. They are bored with their own lives and they don’t want to make themselves look bad so they will find somebody who is involved in the debate and latch onto them just to keep the flame burning.

Don’t Add Flame To The Fire– On the flip side, don’t be the person trying to get the debaters into round 2. Not only will it make the debater look bad, but once the drama is all over, it may backfire and make you look bad as well.

I have lost respect for debaters who have not followed these simple rules. I also know several people including myself who will not do business with these debaters who have the mindset of it’s my way or the highway.

I’m all for freedom of speech and a friendly debate as long as it remains civil. If it starts to get rough, walk away. You can stand behind your beliefs without becoming defensive, condescending, or nasty. Remember, your posts are public and are more than likely indexed by the search engines. Don’t say something that you wouldn’t want your mother to read and don’t say something that could come back to bite you in a couple of years because we all know, once your responses are indexed they never go away. Online, YOUR reputation is your business reputation, so don’t mess it up over a political or religious disagreement.

0
previous Political Environment: How Does It Affect Your Home Business?
next Innovation: Food Is The Next Frontier