How Actress Courteney Cox Empowers the Wizard Within 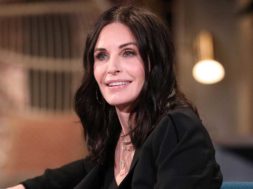 How Actress Courteney Cox Empowers the Wizard Within

Hardly a day goes by when I don’t read or hear of some celebrity or politician publicly humiliating themselves in an unconscious act of self-sabotage. Some get up, brush themselves off, learn a few life lessons and go on to reach even higher levels of achievement. Others take a few steps back towards recovery only to rush head first into the desperate wall of self destruction again and again. It is disheartening to see someone who takes the dream that they’ve passionately pursued for so long and slam it hard against the wall.

Therefore, I was delighted to read the article by Kate Aurthur in last Sunday’s Los Angeles Times newspaper about Courteney Cox “Courteney Cox: ‘Cougar Town’s’ Really Normal Hollywood Star”. Courteney enjoys a happy home life with her husband and daughter and actively surrounds herself with friends and activities in and outside of her work that enrich her life experience. That is the Courteney Cox of today. In the article, Courteney describes an earlier life filled with self-doubt and frustration over the fact that someone else hadn’t trusted her enough to hire her for a role that would make her a success. I encourage you to find the article online and read the full text.

“I don’t know how I thought all of these things were going to happen without really going for stuff. I don’t know whether I didn’t think I deserved it or whether I was just shy. I’m not sure.” – Courteney Cox

Courteney realized that sitting, hoping and waiting for someone else to create her success for her only served to place her life experience in the hands of someone else. She discovered that in order to achieve the life of her dreams she would not only have to star in that role, she would have to mindfully write the script and direct the action. Not willing to live her life as such a victim, Courteney would have to be responsible for her life experience, stand centered and confident in the truth of who she is and what she wants in order to create the magical life she is enjoying now.

“You can live a very normal life if you don’t actually look for things.” – Courteney Cox

Courteney has also learned that where focus goes experience flows. She directs her attention on what she wants to bring forth, whether it be on the many homes she renovates and redecorates to the challenging roles and projects she and her husband create with their production company. Instead of regularly scanning the tabloids for gossip about herself and others she knows in the entertainment industry, Courtney devotes her time to what ignites her passion and inspires her Muse. This constant flow of positive energy has given her much of the serenity and peace that is not lost on those who know her.

“She is the most down-to-earth real human being – probably in Hollywood.” – Marta Kaufffman, “Friends co-creator on Courteney Cox

Courteney continues to shape her life and expand her career with grace. Once a rebellious teen, Courtney now uses that energy to lend her support for numerous charities including “Stamp Out Violence Against Women in the Congo” and to her friends in their time of need. Sheryl Crow credits having a good friend like Courteney Cox as a force that helped her get through her recent battle with breast cancer. With her new show, “Cougar Town” premiering later this month Courtney flows knowing that she has the personal internal power to create the roles she wants to portray and the life story that is the fullest expression of her potential. I, like many, are looking forward to the next chapter.

“Now I’m much more confident. And I believe that things are exactly the way they are supposed to be.” – Courteney Cox