Home Business How to Be a Leader That Wakes Up Innovation
Business
February 6, 2020
RandomTalkTeam 0

How to Be a Leader That Wakes Up Innovation 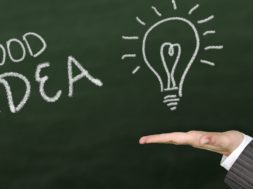 How to Be a Leader That Wakes Up Innovation

I am not the first person to call attention to the connection between diversity inclusion and innovation. What I point towards that has been the more obvious blindspot is the need for personal innovation of leaders that addresses the problem with traditional diversity training. Before we get to that however, let’s take a closer look at the diversity issue and why it matters.

In 2015, McKinsey released one report in which 366 companies were investigated based on their diversity. The companies that had diverse quartile on its ethnic and racial diversity earned 35 percent more revenue than the market average.

In a global analysis of 2,400 Credit Suisse companies showed similar results. Companies with at least one woman at the top position, delivered more income growth and equity return than companies where no women were included at the top of the management hierarchy. Could the recent revelations about Microsoft’s struggles with an organizational culture staunchly resistant to diversity inclusion shed light on the company’s market challenges over the last decade?

In recent years, various studies have been conducted that uncover another significant benefit of diversity within teams: they are just smarter. Working together with people who are different from you challenges your brain to think in a new way. This requires side stepping most people’s natural tendency to fear and resist change. The situation is made murkier by studies of thousands of trainings showing traditional diversity inclusion training is not effective and may actually incite bias.

More focused on facts and embracing outside box thinking

People with different backgrounds can change the image of what is considered normal within the social majority and bring about a new way of thinking within a group.

In a study published in the American scientific journal Journal of Personality and Social Psychology, 200 people were assigned to a fake jury of six people, all of whom were white or consisted of four whites and two non-white people. Together they watched a video of a lawsuit with a black suspect and white victims. Then they had to decide whether the suspect was guilty.

It turned out that the mixed juries managed to uncover more facts about the case and made fewer factual errors when discussing the matter. If errors occurred, they were corrected in the same discussion. A possible explanation for this was that the mixed panels looked more closely at the evidence.

Another study shows similar results. In a series of experiments from Texas and Singapore, scientists let people with an economic study walk through a simulated supermarket and guess at the price of products. The participants were divided into ethnically differentiated or homogeneous teams. People who were part of the diverse group guessed the prices at 58 percent more often than the participants from the other group.

Teams with diversity remain more objective in different situations. By creating more diversity, you make teams aware of their prejudices – something that can blind them to essential information.

Diverse teams are more innovative, this is now a well demonstrated reality.

To remain competitive, companies must look for ways to cultivate innovation. Research shows that one of the best ways to transform themselves and their product is to embrace diversity within the company.

The gender diversity of 4277 Spanish companies was investigated within R&D teams. Teams with more women managed to bring about more radical renewal in two years than teams where men were in the majority.

Another study suggested that cultural diversity is key for innovation. Researchers looked at data from 7615 companies that participated in the London Annual Business Survey, an investigation into the performance of companies. Companies that noted cultural diversity at their top developed more new products than those with a similar head executives. Valuable forward thinking events and effective outside box thinking can become the new normal with teams made smarter by better understanding innovation blind spots.

Bringing in people of different genders, races, ethnicities, orientations backgrounds and nationalities can boost the company’s capacity for innovation. However, if it was that simple it wouldn’t still be such a persistent problem. This is where personal innovation, especially in leadership development, is so valuable. Leaders need to lead by example. Embracing a personal innovation lifestyle that leverages the pursuit of happiness to nurture the personal courage to step up to do what’s right more often.

Leveraging personally meaningful goals are key to personal innovation strategies that sidestep most common problems with diversity trainings and innovation capacity building programs. This means there is no singular solution per se. Instead it calls for cultivating the strategy to guide a lifestyle of inner growth, clarity and wisdom.

New innovative approaches to transform challenges into launch pads will help you become the kind leader needed for today and tomorrows increasingly diverse workforce and markets. Stepping up is the key to discovering your personal innovation path. Art based solutions based on imagination as method allow people to become conscious of their prejudices, find out what they are based on and learn to make better decisions. This will make the leadership more successful no matter what the specific goals are. Bottom line, smart leaders have to find new courage, wisdom and inspiration to step up to these present and emerging challenges.